Existence is no more than the precarious attainment of relevance in an intensely mobile flux of past, present, and future. (Susan Sontag)

The Berlin premiere of a new documentary about Susan Sontag: Thinker and Diva (dir. Birgitta Ashoff, ARTE, 2010, 52min) took place at the Literaturhaus Berlin with the film maker in attendance. The director met with Susan Sontag before her death in New York in 2003, and then went back again after her death in 2010 to interview people who were close to her (Paul Auster, Lucinda Childs, Mitsuko Uchida, Robert Wilson, Meredith Monk and Isabelle Huppert).

Travelling is being where you’re not comfortable. Comfort isolates. You have to travel and see things which are not you, and really try to see them. (Susan Sontag)

Ashoff presents a portrait of Susan Sontag as an inspiring woman and intellectual, a social and outgoing person, writer, traveler, activist who watched the world around her, eager to understand and to write about it.

As the writer Paul Auster described her: “She was very attractive and charming, and there was a glamour of seriousness around her. She had a great desire for human connection. But her most impressive quality was her immense fascination with people and ideas.” 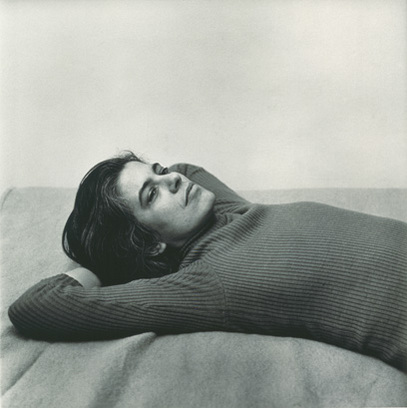 Captured in her element in 2003, in her New York apartment in Chelsea, her favorite Russian restaurant in the middle of Manhattan, thriving in the New York cultural scene, happily going from one cultural event to the next, meeting with friends, visiting galleries and favorite restaurants until late into the night, she is presented as a very out-going, life-loving woman, only a few months before her third and final cancer battle.

The process of writing is listening and visualizing. (Susan Sontag)

After the screening, the filmmaker was asked why she did not include interviews with Annie Leibovitz (Sontag’s partner of 15 years) or Sontag’s son David Rieff (who is on the board of directors of the Susan Sontag Foundation, and who published a memoir in 2008), to which Ashoff gave vague and illusive answers, in what seemed like covering production limitations with aesthetic or structural choices.

Nonetheless, if you get a chance to watch it, I certainly recommend it. The film and the portrayal of Susan Sontag as such a life-loving, seductive, and wise person is inspiring. The documentary will be broadcast on ARTE in May.