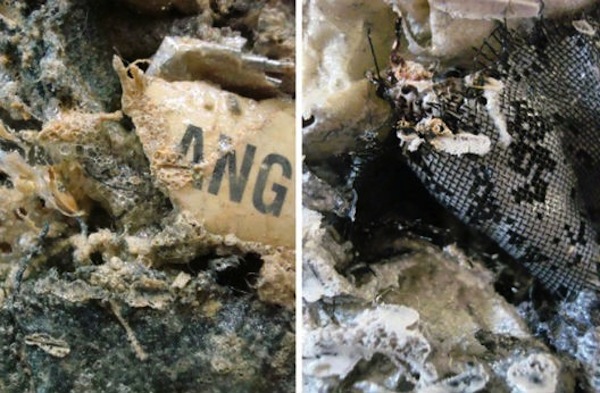 The Viennese fashion designer Helmut Lang stopped his fashion career in 2005 to concentrate on his artistic pursuits. His third solo exhibition, entitled “Make it hard” was shown at The Fireplace Project gallery in East Hampton  July 22 – August 8, 2011.

The art project consists of 100 columns made out of shredded clothes from his own fashion archives. 20 years of his own fashion history was re-conceptualized as art. Lang began his fashion career in Vienna in 1978 and presented his first international collection at the Centre Georges Pompidou in Paris in 1986. His clean lines and cuts shaped the fashion sensibilities of the 1990s. He broke away from the runway show-as-spectacle in the height of the 1980s opulence and was the first to ever stream his collection online, redefining how fashion is communicated. 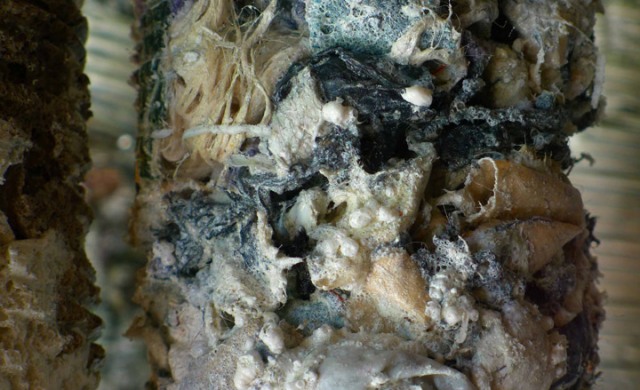 Already in 2009/2010 Lang donated most of his archives to various museums in New York, London, and Vienna. In February 2010 there was a fire in the building holding his fashion archive, and while sorting through the remains of his former collections, he was intrigued by the ideas of artistic transformation, destruction, and deconstruction.

The shredded materials and fabrics include leather, fur, feathers, plastic, metal (clothes, bags, shoes, watches, belts). Everything from his former collections was shredded in industrial machines and made into raw material again. This of course gives the art project a cyclical and historical dimension it would otherwise not have. Fashion (which is a strong component of culture and art) is thus recycled, first into raw material, and then shaped into pieces of art.

In a way Lang’s art project can be seen as one’s own attempt to impose a new creative order over matter in a world where we are under extreme pressure to exert and exercise our control, and simultaneously are in constant struggle with ourselves for failing to retain control over our lives, our surroundings, possessions, and especially other people.

The cyclicality of the project is also intriguing. We develop increasing awareness of our negative impact on our planet and are still learning to be more wise with our resources. The other level of the cyclical dimension is transformation of one creative medium (in the form of a fashion archive, which tell a history of styles, trends, developments, and cultural curiosities) into another artistic medium, in the form of conceptual art.

Artists, designers, and other creative people at their best observe, visualize, communicate, and mediate certain essential elements of our Zeitgeist. So what does Lang’s transformation and deconstruction of his own fashion archive tell us about our own time and mentality?

Further exhibitions of the columns are planned in London, LA, New York, and Berlin.

This article is also available in German.

This entry was posted in Art, Fashion, Vienna. Bookmark the permalink.