The 7th edition of Fashion Pop, an annual design competition of Montréal’s up-and-coming fashion designers was hosted at the Théâtre Rialto this year, which was a much better suited venue than last year’s Église Little Burgundy. Six young designers presented their first collection to a panel of industry judges. This year’s show featured models from Dulcedo Model Management. Here are the six designers competing this year: 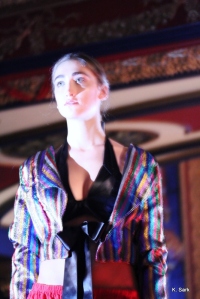 Andrea Montle graduated from LaSalle College with a degree in Fashion Design. Her show-stopping, all-white knit dress, created for her grad show, was the stepping stone for her inaugural, post-grad collection, Aah Jee. Her 2011 collection of loosely woven, delicate knits was curated by O.P.P Galerie et Boutique and her Jailbait collection was featured at Nowhereland in Toronto. Andrea continues to expand her portfolio with work that is dark and ethereal, slightly feminine, definitely sexy, with just the right amount of attitude. 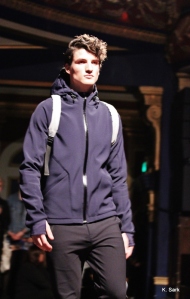 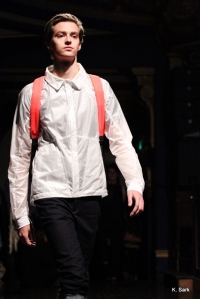 After studying menswear design at Marie-Victorin College, Viviane Labelle worked for several years to gain experience in the industry. She decided to continue her studies and is currently pursuing a Bachelor of Design and Fashion Styling at the École Supérieure de Mode de Montréal. She completed an internship for Aether Apparel in LA, which sparked her interest in sportswear and synthetic fibres. 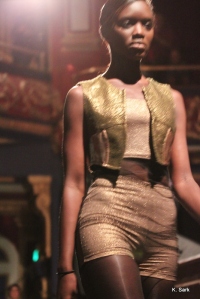 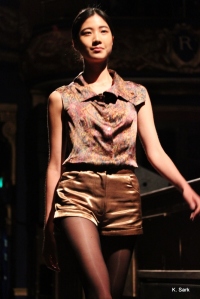 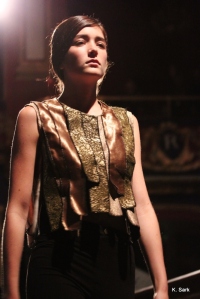 Madeleine Voizard is from Montréal and the city is her muse. She studied at Brébeuf in Art and Communication, a program that awoke her desire to create, and at LaSalle College in Fashion. After LaSalle, she applied to the Fashion Design program at UQAM, where she is currently in her third year, and created her first collection of clothing for Montrealers.

After graduating from Cégep du Vieux Montréal with a degree in Industrial Design, Benjamin decided to hone his skills by enrolling at LaSalle College. His stylistic vision is defined by socio-cultural issues, a desire to provoke, and a love of opulence. From breath comes innovation. 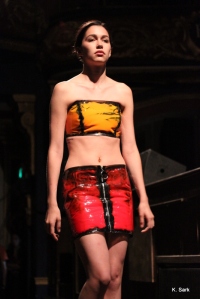 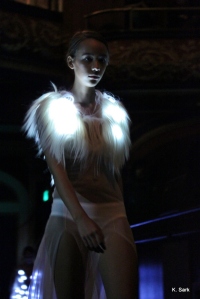 Daniel Quiroz has a Fashion Design degree from Marie-Victorin College with a specialization in fur working, and is currently a student in fashion styling at the École supérieure de mode de Montréal. He received two bursaries from the Fondation de mode de Montréal to pursue his studies at the graduate level, and works as an assistant for the conceptual designer Maryla Sobek. He completed internships with José-Manuel St-Jacques and Simon Belanger of UNTTLD, and was a finalist in the 2012 Télio design competition. He is currently beginning his second year at ESMM. 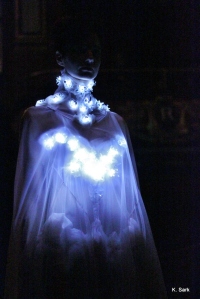 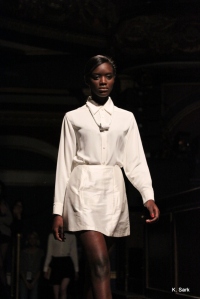 Born in Northern Québec and raised in Montréal and the Florida coastline, Christina Julien has prolifically designed clothing from a young age. Her lifelong passion for fashion, textiles, art, music, and visual design led her to LaSalle College, where she received her degree in Fashion Design in 2013. Her design style is inspired by the simplicity and playfulness of mid-sixties art and films, with clean, uncomplicated lines, and a focus on sustainability. After graduating, Christina honed her skills through internships with Christian L’Enfant Roi and Valéie Dumaine. One of her original designs was chosen for the 2013 Télio design competition. 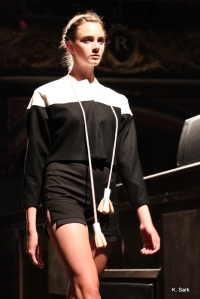 And the winner is…. Christina Julien! 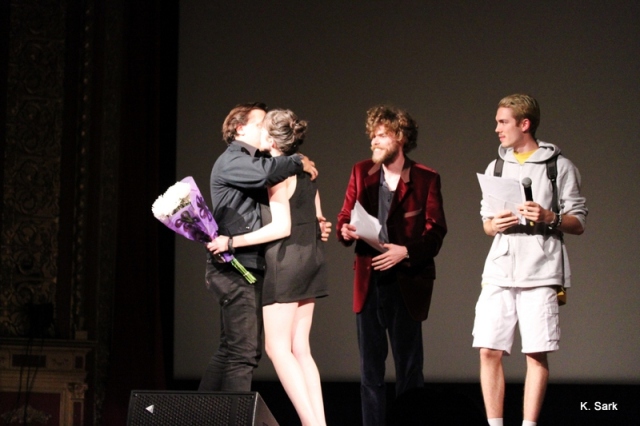 The winner of the competition received a $1000 cash prize courtesy of Le Château, an editorial spread published in WORN Fashion Journal, and a pop-up exhibition at Espace POP.

The prize of $1,000, a $500 gift certificate courtesy of Le Chateau, an editorial spread in WORN Fashion Journal and a pop-up showcase at Espace Pop in Mile End went to Christine Charlebois, a graduate of Marie-Victorin College and École supérieure de mode de l’Université du Québec à Montréal, who specializes in conceptual clothing for women.

All six competitors presented very different styles, and each had interesting and new elements of design. The jury members found that, in many of the collections, the aesthetic idea competed with the craft, and in some cases the final details were absent from otherwise edgy designs.

The winner, Christine Charlebois, excelled both in concept and execution of her designs, and the different layers of her talents were evident in her clothes. 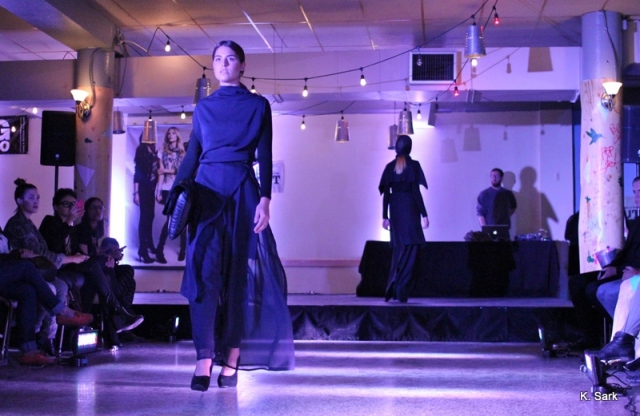 KS: Can you tell us more about your idea behind your conceptual design for women?

Christine Charlebois: I use the mathematical principle of the golden ratio (when the sum of the quantities of the larger element is equal to the ratio of the larger element to the smaller one) in all my pieces. I start with all right angles, minimalist cuts, then applying shape and modifying the basic silhouette with patterns and distortions according to the movement of the female body. I don’t want to do clothes just to do clothes, but rather to reveal something about shapes and geometry and measurements in a minimalist and restricted point of view. I used one colour, one form, only two types of fabric, using the minimum to do the maximum.

KS: How did you become interested in that kind of approach to fashion design?

CC: I’ve always been interested in science and philosophy, but it is also a way of expressing my idea of applying reduction and minimalism for a better way of life in general. When so much in fashion is about frivolity and excess, I wanted to show that you can do things differently. 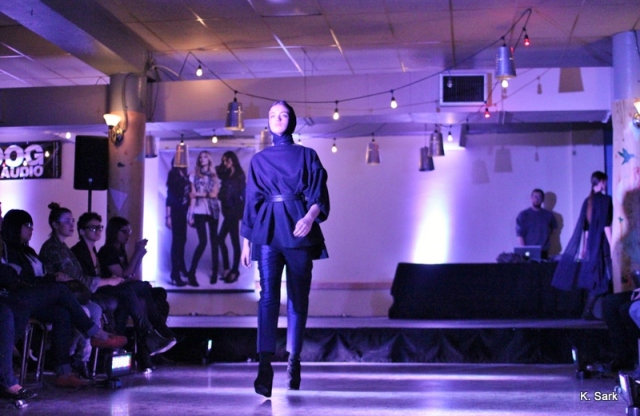 This articles was also published by CULT MTL.