How often do you wonder why Hollywood produces so few quality films? David Mamet dramatized the answer to that question back in 1988 with an insider view into one of the offices of an acquisition producers in charge of green-lighting scripts, and the emotional struggles that fuel the selection process. 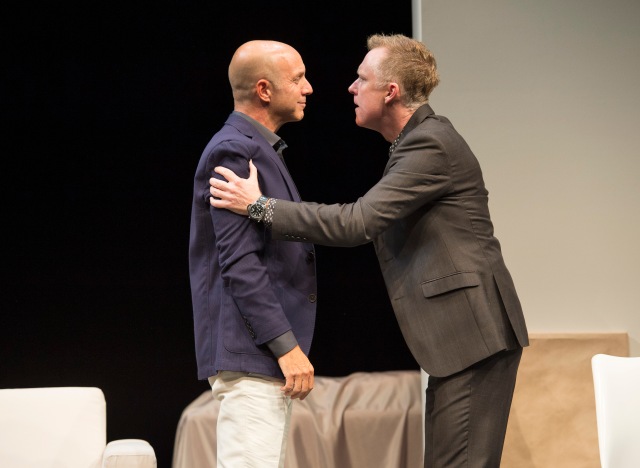 The Belfry Theatre in Victoria celebrates its 40th anniversary season this year and opens with Mamet’s play directed by Toronto-born Michael Shamata (Artistic Director of the Belfry Theatre since 2007). The play originally premiered on Broadway in 1988 with Ron Silver and Joe Mantagna in the leading roles, and was Madonna’s Broadway debut in the role of Karen. The Victoria production features North Vancouver actor Brian Markinson (known from Mad Men and Charlie Wilson’s War), Vancouver actor Vincent Gale (Big Eyes and Hector and the Search for Happiness), and UVic graduate Celine Stubel.

The title of the play originated in a medieval expression meaning “work well and you will be rewarded,” but the themes of the play rather point to a Russian expression that can be translated as: “wanted to do better, but turned out as always.”

Mamet allows us a glimpse into the inhumane and patriarchal world of Hollywood business through the emotional struggles and vulnerabilities of all three main protagonists. It is the story of a near conversion of a producer by his temporary secretary to finance an incoherent “artsy” and depressing script, rather than a seat-filling blockbuster about prison violence with a star attached. In the process of debating the scripts, the ebb and flow of a wide emotional spectrum (fear, loneliness, greed), as well as the needs for belonging, happiness, and love come to the fore. 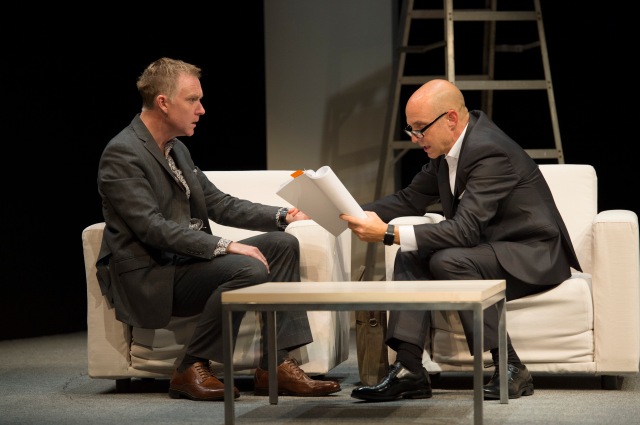 The play would have benefited from an update to a less polarized gender dynamic. The two producers objectify the “naive” secretary, bet on getting her into bed, but after they find out that she used them as much as they were using her, they dismiss her and reaffirm their “bromance” with a reconciliation and affirmation of their mutual acceptance of their flaws. Despite Vincent Gale’s great performance, the role of Charlie Fox would be more interesting if played by a woman.

The play is entertaining and funny. All three actors give memorable performances, portraying a whole range of their character’s good and bad sides, which is a pleasure to watch unfold. The play is on from September 15th until October 11th, 2015 at the Belfry.