St. Petersburg is one of the most beautiful cities in Europe, it has also become one of the most gourmet places for Russian and international cuisine, with the most roof-top restaurants in a European city.

Cleopatra by Astana Ballet – at the Mariinsky Theatre

On July 20, 2016, the Mariinsky Theatrehosted Kazastan’s Astana Ballet as part of the Stars of White Nights summer festival. The company presented two ballets “Gaia” – a contemporary ballet about the Earth and its various elements, choreographed by Ricardo Amarante – and “Cleopatra” set to Maurice Ravel’s music (including his timeless Boléro – originally composed as a ballet commissioned by the Russian actress and dancer Ida Rubinstein in 1928) and choreographed by Nikolai Markelov.

Boris Eifman’s ballet company is at the fore of contemporary St. Petersburg ballet. On July 6, 2016 the company performed “Tchaikovsky Pro et Contra” (which premiered in May 2016 in its current version, but goes back to its origins in 1993) at the Alexandrinsky Theatre. Since the early 1990s Eifman focused on the creation of large-scale psycho-dramatic ballets, and established this aesthetic form as the main direction for his company.

The Picture of Dorian Gray – at Ermolova Theatre 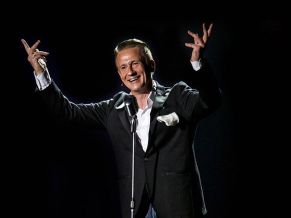 On Saturday, June 25, 2016, the newMariinsky Theatre presented a sold-out performance of Balanchine’s Jewels. Having just seen the ballet performed by the Berliner Staatsballettat the Deutsche Oper earlier this month, I wanted to compare the two performances.